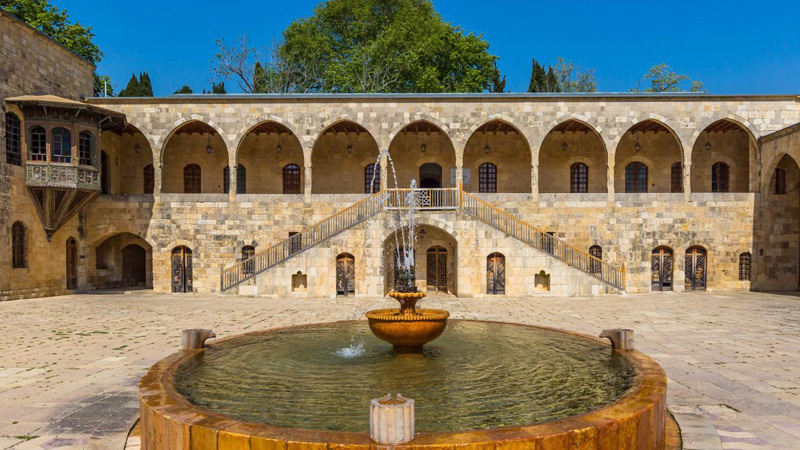 Departure from the hotel at 9 AM
Beiteddine:
Visit the magnificent Beiteddine palace, built at the beginning of the 19th century by Emir Bechir II, who reigned over Lebanon for more than 50 years. Forty-three kilometers from Beirut it’s a must-see palace with its arcades, galleries and rooms decorated by artists from Lebanon, Damascus and Italy, this building is a model of eastern architecture. Today the palace is a museum of feudal weapons, costumes and jewelry as well as an archeological museum and a museum of Byzantine mosaics.
Deir el Kamar:
Discover Deir el Kamar, a typical village with its historical center, souk (market) museum, mosque and churches, it was the capital of Mount Lebanon, located 35km away from Beirut.
Cedar Chouf reserve:
It is a nature reserve in the Chouf District of Lebanon, located on the slopes of Barouk mountain and has an area of 550km2, nearly 5.3% of the Lebanese territory. The reserve contains the Lebanon cedar forests of Barouk Maaser el Chouf and Ain Zhalta.

* Our policy is no refunds, however should the tour not take place on the specified date due to any factors we will reschedule the tour.